Working in Public: The Making and Maintenance of Open Source Software By: Nadia Eghbal [Audiobook] 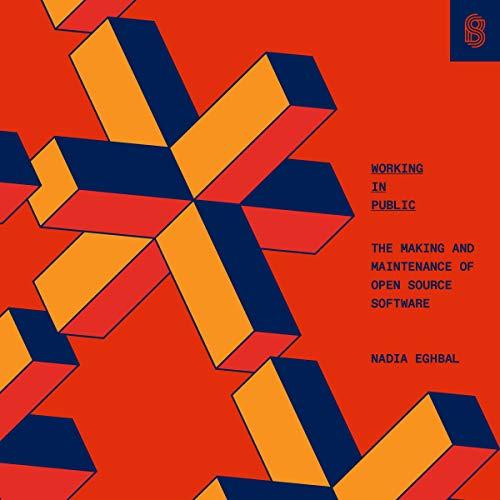 An inside look at modern open-source software developers – and their influence on our online social world.

Open-source software in which developers publish code that anyone can use has long served as a bellwether for other online behavior. In the late 1990s, it provided an optimistic model for public collaboration, but in the last 20 years it shifted to solo operators who write and publish code that’s consumed by millions.

In Working in Public, Nadia Eghbal takes an inside look at modern open-source software development, its evolution over the last two decades, and its ramifications for an internet reorienting itself around individual creators. Eghbal, who interviewed hundreds of developers while working to improve their experience at GitHub, argues that modern open source offers us a model through which to understand the challenges faced by online creators. She examines the trajectory of open-source projects, including:

Open-source communities are increasingly centered around the work of individual developers rather than teams. Similarly, if creators, rather than discrete communities, are going to become the epicenter of our online social systems, we need to better understand how they work and we can do so by studying what happened to open source.

Death by Living: Life Is Meant to Be Spent By: N D Wilson [Audiobook]

Service Games: The Rise and Fall of SEGA: Enhanced Edition…

The Stars in Our Pockets: Getting Lost and Sometimes Found…

Viral Spiral: How the Commoners Built a Digital Republic of…

A Brief History of Artificial Intelligence: What It Is,…