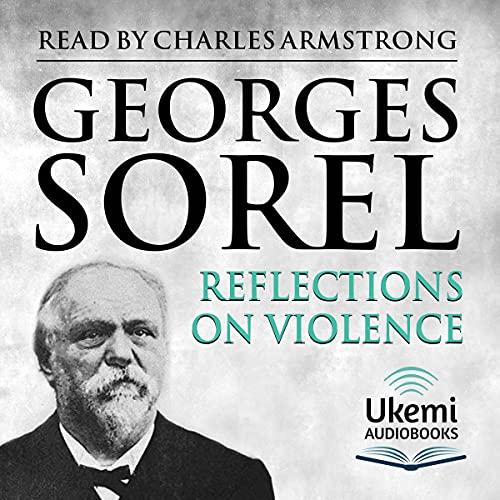 More than a century after Reflections on Violence first appeared (1908) it remains a remarkably controversial essay. The concept of violence as a means to an end (social, religious, political or for aggrandisement) is hugely challenging as a philosophical subject – yet it is, of course, universally (and frequently) pursued.

The French thinker and political theorist Georges Sorel (1847-1922), fired up by his interest in Marxism and his anger at the injustice of the Dreyfus case, faced this challenge and in the seven chapters of Reflections on Violence he explored the question. It proved sufficiently stimulating over succeeding decades to be espoused by both Marxists and Fascists alike: class struggle, revolution and above all radical change were central to Sorel’s thought.

He acknowledges in his introduction: ‘…the normal development of strikes has included a significant number of acts of violence; but certain learned sociologists seek to disguise a phenomenon that everyone who cares to use his eyes must have noticed.’ Widely read (he regarded himself as self-educated), Sorel drew on many sources as he covered the ground, including Nietzsche, Proudhon, Marx, Eduard von Hartmann and Henri Bergson. He espoused a view of ‘myth’ as a driving impetus – heroic acts by ‘a whole band of companions’ – for change. Confrontation cannot be avoided. It has been suggested that Sorel’s regard for unequivocal confrontation was based more on impassioned conviction than direct physical violence, but it may be difficult to slip this past his many calls for ‘direct aggression’. He writes, ‘Proletarian violence, carried on as a pure and simple manifestation of the sentiment of the class struggle, appears thus as a very fine and very heroic thing; it is at the service of the immemorial interests of civilisation; it is not perhaps the most appropriate method of obtaining immediate material advantages, but it may save the world from barbarism.’

The Elements of Theology By: Proclus [Audiobook]

The life of Pythagroas By: Iamblichus [Audiobook]

The Socratic Method : A Practitioner’s Handbook By:…

The Art and Technique of Sumi-E: Japanese Ink Painting as Taught by Ukao Uchiyama…