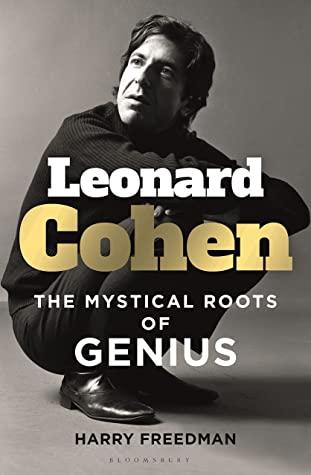 The singer and poet Leonard Cohen was deeply learned in Judaism and Christianity, the spiritual traditions that underpinned his self-identity and the way he made sense of the world. In this book Harry Freedman, a leading author of cultural and religious history, explores the mystical and spiritual sources Cohen drew upon, discusses their original context and the stories and ideas behind them.

Cohen’s music is studded with allusions to Jewish and Christian tradition, to stories and ideas drawn from the Bible, Talmud and Kabbalah. From his 1967 classic ‘Suzanne’, through masterpieces like ‘Hallelujah’ and ‘Who by Fire’, to his final challenge to the divinity, ‘You Want It Darker’ he drew on spirituality for inspiration and as a tool to create understanding, clarity and beauty.

Born into a prominent and scholarly Jewish family in Montreal, Canada, Cohen originally aspired to become a poet, before turning to song writing and eventually recording his own compositions. Later, he became immersed in Zen Buddhism, moving in 1990 to a Zen monastery on Mount Baldy, California where he remained for some years. He died, with immaculate timing, on the day before Donald Trump was elected in 2016, leaving behind him a legacy that will be felt for generations to come.

Leonard Cohen: The Mystical Roots of Genius looks deeply into the imagination of one of the greatest singers and lyricists of our time, providing a window on the landscape of his soul. Departing from traditional biographical approaches, Freedman explores song by song how Cohen reworked myths and prayers, legends and allegories. By the end the reader will be left with a powerful understanding of Cohen’s story, together with a far broader insight into the mystical origins of his inimitable work.

Coco Chanel: The Illustrated World of a Fashion Icon By:…

Muqtada: Muqtada al-Sadr, the Shia Revival, and the Struggle…

The Churchill Girls: The Story of Winston’s Daughters…

Stargazing: The Players in My Life By: Ravi Shastri

Cross of Snow: A Life of Henry Wadsworth Longfellow By:…

A Stain in the Blood: The Remarkable Voyage of Sir Kenelm…

Dabo’s World: The Life and Career of Coach Swinney and…

Three Girls from Bronzeville: A Uniquely American Memoir of…

Kaboom: Embracing the Suck in a Savage Little War By: Matt…

Colorization: One Hundred Years of Black Films in a White World By:…