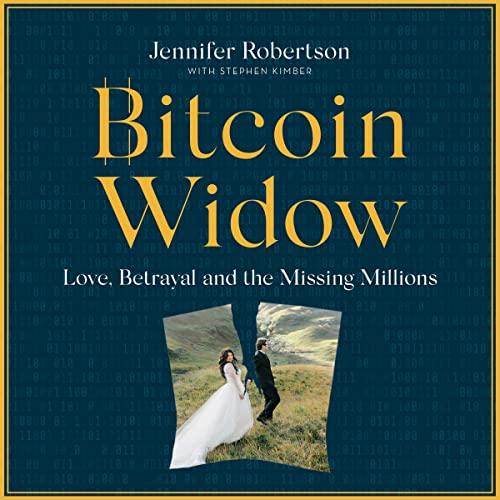 She met the man of her dreams and suddenly had it all. Then, in one fateful night, she lost everything, and the nightmare began.

Jennifer Robertson was working hard to build a life for herself from the ashes of her first marriage. Still only 26, she swiped right on a dating app and met Gerry Cotten, a man she would not normally have considered – too young and not her type – but found she’d met her match. Eccentric but funny and kind, Cotten turned out to be a bitcoin wizard who quickly amassed substantial wealth through his company, Quadriga. The couple travelled the world, first class all the way, while Cotten worked on his multitude of encrypted laptops. Then, while the couple was on their honeymoon in India, opening an orphanage in their name, Gerry fell ill and died in a matter of hours. Jennifer was consumed by grief and guilt, but that was only the beginning. It turned out that Gerry owed $250 million to Quadriga customers, and all the passwords to his encrypted virtual vaults, hidden on his many laptops, had died with him. Jennifer was left with more than 100,000 investors looking for their money, and questions, suspicions, and accusations spiraling dangerously out of control.

The Quadriga scandal touched off major investment and criminal investigations, not to mention internet rumors circulating on dark message boards, including claims that Gerry had faked his own death and that his wife was the real mastermind behind a sophisticated sting operation. While Jennifer waited for a dead man’s switch email that would probably never come, it became clear that Cotten had gambled away about $100 million of the funds entrusted to him for investment in his many schemes, leaving Robertson holding the bag.

Bitcoin Widow is Catch Me If You Can meets a widow betrayed, a life of fairy-tale romance, and private jets torched by duplicity, as Jennifer Robertson tries to reset her life in the wake of one of the biggest investment scandals of the digital age.

Angry White Male: How the Donald Trump Phenomenon is Changing…