This Will Be Funny Later: A Memoir By: Jenny Pentland [Audiobook] 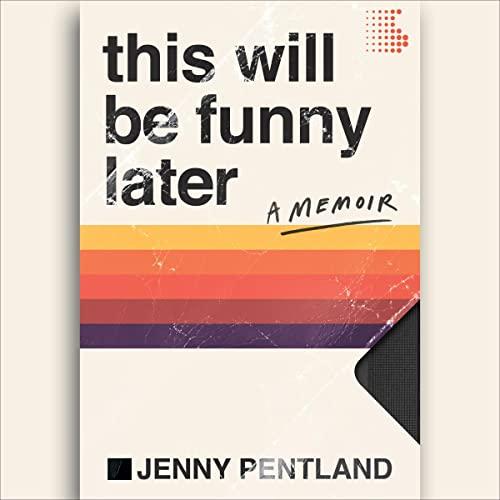 A funny, biting, and entertaining memoir of coming of age in the shadow of celebrity and finding your own way in the face of absolute chaos that is both a moving portrait of a complicated family and an exploration of the cost of fame.

Growing up, Jenny Pentland’s life was a literal sitcom. Many of the storylines for her mother’s smash hit series, Roseanne, were drawn from Pentland’s early family life in working-class Denver. But that was only the beginning of the drama. Roseanne Barr’s success as a comedian catapulted the family from the Rockies to star-studded Hollywood – with its toxic culture of money, celebrity, and prying tabloids that was destabilizing for a child in grade school.

By adolescence, Jenny struggled with anxiety and eating issues. Her parents and new stepfather, struggling to help, responded by sending Jenny and her siblings on a grand tour of the self-help movement of the ’80s – from fat camps to brat camps, wilderness survival programs to drug rehab clinics (even though Jenny didn’t take drugs). Becoming an adult, all Jenny wanted was to get married and have kids, despite Roseanne’s admonishments not to limit herself to being just a wife and mother.

In this scathingly funny and moving memoir, Pentland reveals what it’s like to grow up as the daughter of a television star and how she navigated the turmoil, eventually finding her own path. Now happily married and raising five sons on a farm, Pentland has worked tirelessly to create the stable family she never had, while coming to terms at last with her deep-seated anxiety.

This Will Be Funny Later is a darkly funny and frank chronicle of transition, from childhood to adulthood and motherhood – one woman’s journey to define herself and create the life she always wanted.

Angry White Male: How the Donald Trump Phenomenon is Changing America:and What We…

Pacman May 22, 2022 0
Angry White Male: How the Donald Trump Phenomenon is Changing America:and What We Can All Do to Save the Middle…
Audiobooks