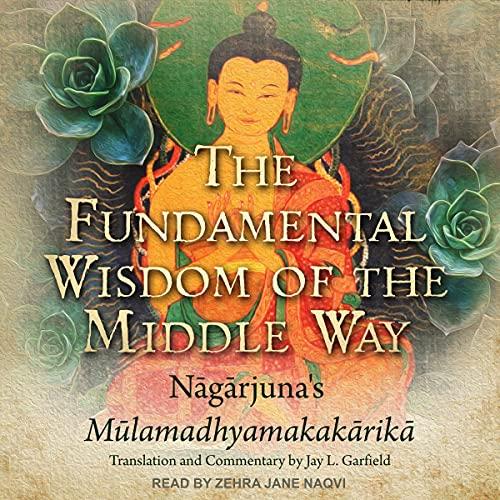 The Buddhist saint Nāgārjuna, who lived in South India in approximately the second century CE, is undoubtedly the most important, influential, and widely studied Mahāyāna Buddhist philosopher. His greatest philosophical work, the Mūlamadhyamikakārikā – read and studied by philosophers in all major Buddhist schools of Tibet, China, Japan, and Korea – is one of the most influential works in the history of Indian philosophy.

Now, in The Fundamental Wisdom of the Middle Way, Jay L. Garfield provides a clear translation of Nāgārjuna’s seminal work, offering those with little or no prior knowledge of Buddhist philosophy a view into the profound logic of the Mūlamadhyamikakārikā. Garfield presents a superb translation of the Tibetan text of Mūlamadhyamikakārikā in its entirety and a commentary reflecting the Tibetan tradition through which Nāgārjuna’s philosophical influence has largely been transmitted. Illuminating the systematic character of Nāgārjuna’s reasoning, Garfield shows how Nāgārjuna develops his doctrine that all phenomena are empty of inherent existence, that is, than nothing exists substantially or independently. He offers a verse-by-verse commentary that explains Nāgārjuna’s positions and arguments in the language of Western metaphysics and epistemology and connects Nāgārjuna’s concerns to those of Western philosophers.

Hi, I’m an Atheist!: What That Means and How to Talk…

God and Race: A Guide for Moving Beyond Black Fists and…

The Uncomfortable Truth About Racism By: John Barnes…

At Heaven’s Door: What Shared Journeys to the…

Revolution: An Urgent Call to a Holy Uprising By: Michael L…

Jesus the Bridegroom: The Greatest Love Story Ever Told By:…

Girl Sleuth: Nancy Drew and the Women Who Created Her By: Melanie Rehak…

One Pair of Feet By: Monica Dickens [Audiobook]

Whip Smart: The True Story of a Secret Life By: Melissa Febos…