Ten Cities that Made an Empire By: Tristram Hunt 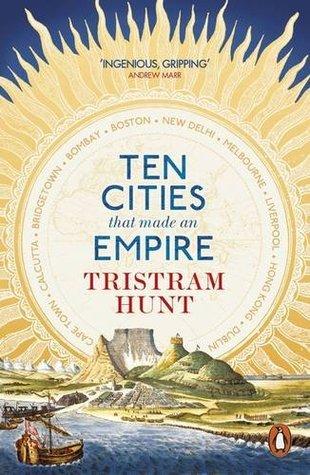 From Tristram Hunt, award-winning author of The Frock-Coated Communist and leading UK politician, ‘Ten Cities that Made an Empire’ presents a new approach to Britain’s imperial past through the cities that epitomised it.

Since the return of Hong Kong to China in 1997 and the end days of Empire, Britain’s colonial past has been the subject of passionate debate. Tristram Hunt goes beyond the now familiar arguments about Empire being good or bad and adopts a fresh approach to Britain’s empire and its legacy.

Through an exceptional array of first-hand accounts and personal reflections, he portrays the great colonial and imperial cities of Boston, Bridgetown, Dublin, Cape Town, Calcutta, Hong Kong, Bombay, Melbourne, New Delhi, and twentieth-century Liverpool: their architecture, culture, and society balls; the famines, uprisings and repressions which coursed through them; the primitive accumulation and ghostly bureaucracy which ran them; the British supremacists and multicultural trailblazers who inhabited them.

From the pioneers of early America to the builders of modern India, from west to east and back again, Hunt follows the processes of exchange and adaptation that collectively moulded the colonial experience and which in their turn transformed the culture, economy and identity of the British Isles.

This vivid and richly detailed imperial story, located in ten of the most important cities which the Empire constructed, demolished, reconstructed and transformed, allows us a new understanding of the British Empire’s influence upon the world and the world’s influence upon it.

Eddie: The Life and Times of America’s Preeminent Bad Boy By: Ken Osmond,…

Preproduction Blueprint: How to Plan Game Environments and Level…