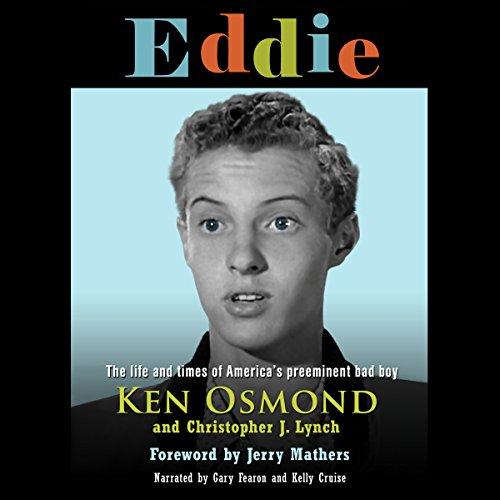 Eddie Haskell was the bad kid who never went away.

When child actor Ken Osmond stepped onto the set of Leave It to Beaver in 1957, he not only entered our living rooms, he homesteaded a permanent place in the American pop culture. The poster child for sneaky, rotten kids everywhere, he was the reference point for cautious mothers to warn their children about. And everyone in America knew an Eddie Haskell at some point in his or her lives.

The amazing phenomenon of Ken Osmond’s character is still going strong over half a century after the show’s cancellation. Even today, the name Eddie Haskell remains firmly entrenched in the American lexicon. Political foes from both sides of the ideological spectrum love to accuse their opponents of “acting like Eddie Haskell”, and when Kobi Bryant argues a referee’s call, tweets go out labeling him as an “Eddie Haskell”. Psychology Today Magazine has published articles about recognizing and treating “Eddie Haskell Syndrome” and Matt Groening created Bart Simpson as his own version of “the son of Eddie Haskell”.

Now it’s time to meet Ken Osmond, the man behind America’s preeminent bad boy. A man who, as co-star Jerry Mathers said, “…was the best actor on the program, because he was so diametrically opposed to the character he played.” A devoted husband, father and patriot, he’s a man who’s been forever shadowed by Eddie Haskell, but whose own life was even more amazing than the character he portrayed.

The Bite in the Apple: A Memoir of My Life with Steve Jobs…

Christian Dior: The Man Who Made the World Look New By:…

No Escape: A Uyghur’s Story of Oppression, Genocide,…

Einstein: His Life and Universe By: Walter Isaacson…

I Too Had a Dream By: Kurien, Gouri Salvi [Audiobook]

Age of Cage: Four Decades of Hollywood Through One Singular…

I Didn’t Come Here to Make Friends: Confessions of a…

Spy Princess : The Life of Noor Inayat Khan By: Shrabani…

Smile: The Story of a Face By: Sarah Ruhl [Audiobook]

The Language of Butterflies: How Thieves, Hoarders, Scientists, and…

How to Tell a Story: An Ancient Guide to the Art of Storytelling for…